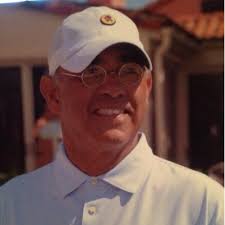 Alan Fadel was born in Toledo, Ohio and entered the golf world at the age of eight, when he began working for the head professional Herman Lang at Highland Meadows Golf Club. Alan was a three year letter winner in golf at Sylvania High School, and then accepted a scholarship to the University of South Florida where he lettered all four years. During his time at USF, Alan was selected as a member of the NCAA East All-Star team.

Following his college career, Alan turned professional in 1978 and qualified for the PGA Tour in 1979. After his time on the tour, he accepted a position as an associate golf professional under the tutelage of noted golf pro Craig Harmon at Oak Hill Country Club in Rochester, New York. Alan then moved on to become the teaching professional at Canterbury Golf Club in Cleveland in 1983.

As a senior, Alan has qualified for three U.S. Senior Opens and finished eighth and ninth in the 2010 and 2011 British Senior Amateur Championships, and he has won two events on the prestigious Society of Seniors circuit. Alan won the 2008 Ohio Senior Amateur Hall of Fame Championship, and is 2014 State Mid-Am champion.