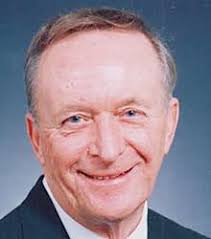 Don began his golf career in 1953 as the head professional at the St. Clair River Country Club in St. Clair, Michigan. He also married his wife Louis in St. Clair. They were married for over fifty years before she passed away in 2003, and they have three children-Lori, Dale and Nancy. While at St. Clair, Don shot a course record of 61. The same year, the club paid for Don and his young family to travel on the PGA Tour. Don went on to win many PGA Section events over the years and he made his mark teaching the game as well.

In 1964, Don became the head professional at Shaker Heights Country Club in Shaker Heights, Ohio, a position he held for ten years before serving another three years as the general manager and director of golf. While at Shaker, Don became just the sixth person to earn the designation of PGA Master Professional.

In 1981, Don was named Head Professional/Director of Golf at the historic Inverness Club in Toledo, Ohio. He remained in this position until his retirement in 1993. Don’s caddy program at Inverness was considered the top such program in the country, and was used as a model for the Evans Scholars and other programs nationwide. While at Inverness, the club hosted the 1986 and 1993 PGA Championships.

Don gave much back to the game. He served on the Education Committee in each of the four PGA sections he was a member of. He was a highly sought after instructor at PGA business schools around the country for many years, and was President of the Northern Ohio PGA Section. Legendary PGA Member Horton Smith advice to always give back was taken to heart when Don won the Horton Smith award, given annually to a PGA member who has made “outstanding and continuing contributions to PGA education.”

Don also founded the Professional Golf Management (PGM) Program at Ferris State University in Big Rapids, Michigan in 1975, and he considers this his most significant contribution to the game. The schools mission is to prepare students for a variety of careers in the golf industry. He spent many years developing a curriculum and internship program that enabled Ferris Sate to flourish and became a model for twenty such PGA accredited programs that now exist nationwide. In recognition of this remarkable achievement, Ferris Sate awarded Don a Doctorate degree in 2009.