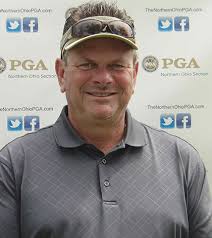 Gary Paul Trivisonno has spent more than forty years building a golf resume that has made him a true legend in his native Ohio. His first notable victory came at the 1973 Ohio Public Links Championship which he won again in 1977 and 1978. He also claimed the 1977 Ohio Amateur title before heading to the University of Alabama where he was named an NCAA All-American in 1978 and was the team captain the following year. 1979 also marked his first professional victory when he bested the top talent in the Buckeye Sate to take home the Ohio Open trophy.

Two years later, Gary found himself on the game’s biggest stage when he spent 1981 and 1982 competing on the PGA Tour. His best result came in the 1981 Bank of Boston Classic where he finished fourth behind three time tour winner Jack Renner and two future U.S. Open champions, Scott Simpson and Tom Kite. He also traveled across the world in 1984 to tee it up on the South African and Asian Tours.

By 1991, Gary had made the transition to the club professional ranks and became the head professional at Aurora Golf & Country Club in Aurora, Ohio that year. While at Aurora, he founded the Men’s Association featuring 120 members and established a popular junior program to introduce the game to a new generation of players. He also continued to build upon his already impressive playing record. Gary is a two time Northern Ohio PGA (NOPGA) Section Champion (1990, 1996) and also won the sections Match Play Championship in 1996, 1998, and 2004. He qualified for the U.S. Open at the notoriously difficult Oakland Hills in 1996, and would go on to make the cut after shooting 69 in the first round that left him with a share of fifth place. Altogether, Gary has qualified for a very impressive thirteen major championships including the u>S. Open, PGA Championship, British Senior Open, and the Senior PGA Championship. He qualified to compete in the Ohio Cup for sixteen consecutive years and is seven time NOPGA Section Player of The Year (1991, 1992, 1994, 1996, 1998, 1999, and 2000).

Turning fifty certainly did not slow Gary down on the golf course. In addition to participating in the previously mentioned senior majors, Gary earned full membership status on the Champions Tour for the 2008 season and has been as Associate member since 2009. He is a three time NOPGA Senior Champion (2008, 2010 and 2011) and has claimed two Ohio Senior Open Championships (2008, 2011).

Gary has been a PGA of America member for twenty-six years. He moved on from Aurora to manage and operate Strongsville Golf in Strongsville, Ohio from 2005 through2012. Since 2013, he has been helping grow the game as an instructor at Windmill Golf Center in Macedonia, Ohio. Gary also shared his knowledge and love of the game with a large radio audience as the co-host, along with partner Russ Jeske, of “The Golf Show”, broadcast weekly on Cleveland’s WTAM 1100 from 1995 through 2009.

Other career highlights for Gary include two career low rounds of 61, one on the Tam O’Shanter Hills Course in Canton, Ohio and the other as the University Golf Course in Tuscaloosa, Alabama. He also holds five course records, most notably a 64 at Aurora Golf & Country Club, a recoard he shares with Arnold Palmer, Charles Coody, Bruce Devlin and Tom Laubacher. Gary has previously been inducted into the Cleveland Sports Hall of Fame (2008) as well as the Northern Ohio Golf Association (2012) and the Northern Ohio PGA (2014) Halls of Fame.