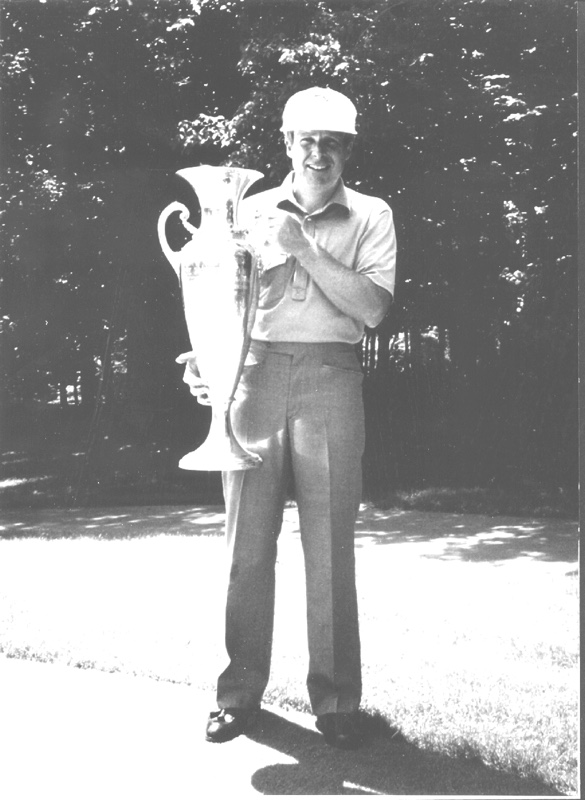 Randy, under the tutelage of his father, started his illustrious golf career at the age of 13. While at De-Pauw University, he won the Indiana Collegiate Conference Championship in 1966 and was selected All Conference in 1966, 1967 and 1968.

Taking time off to start his business as a manufacturer’s representative, he again appeared on the competitive level by winning the Columbus District Amateur in 1980 and 1983.

Randy is a nine-time contestant in the US Amateur and the US Mid Am Championship. In 2002 he was senior champion at the Inverness Mid-Am/Senior Tournament. In 2002 he was inducted into the prestigious Society of Seniors.

He is an eleven-time club champion at the Country Club at Muirfield Village and Riviera Golf Club.

In 1997 he was inducted into the De-Pauw University Athletic Hall of Fame and has served for years on the USGA Mid-Am Committee. He was a board member of the Columbus District Golf Association from 1979 to 1992.

As proud as he is of his golfing championships, he is even prouder of his daughter, Erin, a 2002 University of Dayton graduate, and his son, Kyle, a scholarship golfer at Wake Forest University, one of the true golf powerhouse Universities in the country. Kyle is also the 2004 Ohio Amateur Champion, making he and Randy the first father-son combo to win Ohio Amateur Championships.