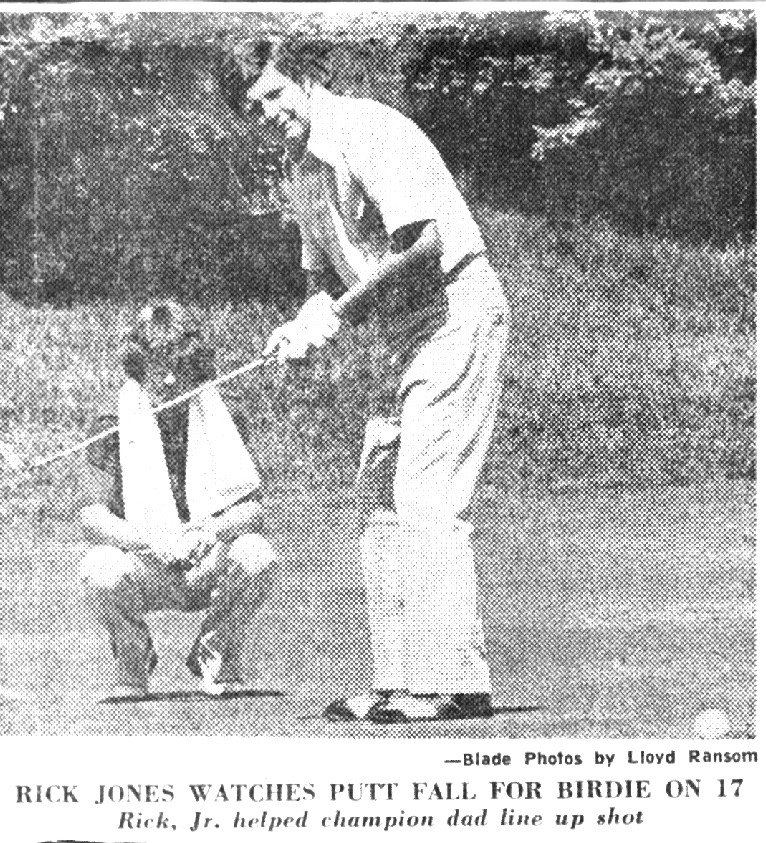 Frederick “Rick” Jones is a name that has been prominent in Ohio golf for several decades.

The founder of the Rick Jones’ Mastergolf School captured countless amateur championships dating back to 1950’s. Jones first conquered his scholastic opponents with booming drives, pin-point accurate iron shots and deadly putting. He was the Ohio High School Champion from 1950 – 52 and qualified for the 1953 US Open and for the US Amateur from 1953 – 1969.

At Ohio State University he scaled the collegiate heights by winning the prestigious NCAA Championship in 1956. He was team captain that year and had played on the 1954 Big Ten Championship team.

Rick was a perennial favorite in amateur events. He was a semi-finalist in the 1990 US Senior Amateur, played several years in the USGA Senior Open. He was runner-up in the US Senior Challenge in 1990 – 1991.

The personable Rick was the Pete Dye Cup Champion at Crooked Stick Golf Course in 1988 and Northeastern Ohio Champion in 1978.

Jones is a three-time National Father-Son Champion and he won the Firestone Country Club championship five times. He is an eight-time winner of the club title at the Tippecanoe Country Club in Youngstown.