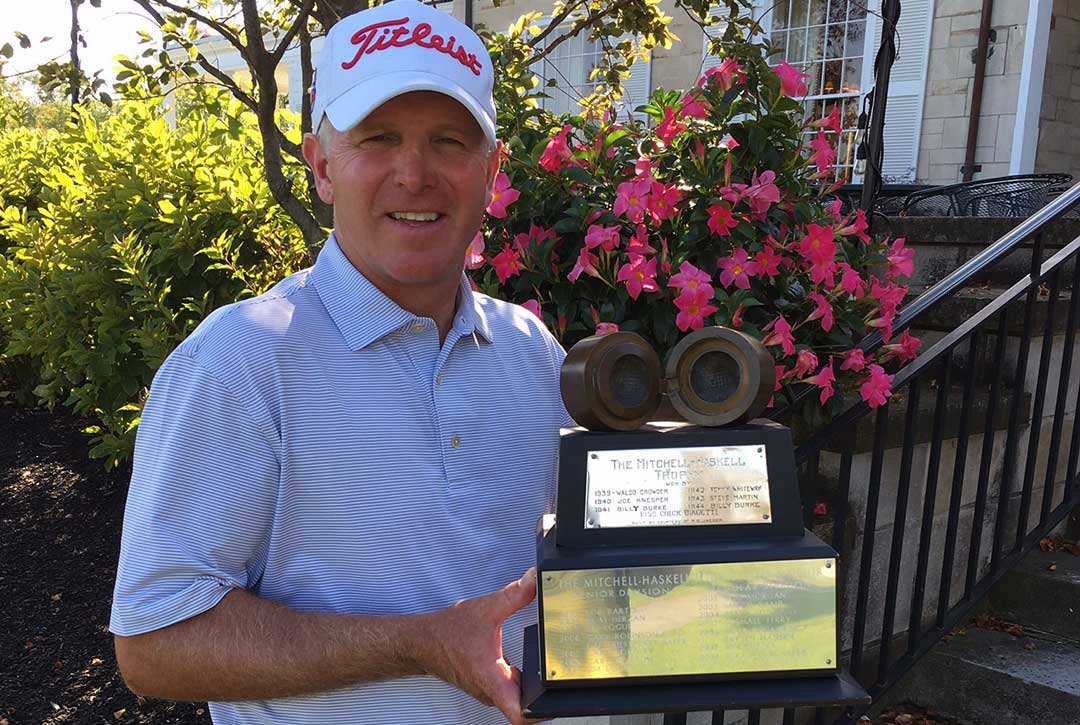 Ever since his days as a member of Parma’s Padua Franciscan High School golf team, Rob Moss has been compiling a golf resume that few in his profession can match. Following his graduation from Padua in 1986, Rob moved on to Kent State University where he played for head coach and fellow Ohio Golf Hall of Fame member Herb Page. While at Kent, Rob earned NCAA Academic All-American honors in 1989 and 1990, and he also won the 1989 Ohio Amateur at historic Moraine Country Club in Dayton.

Rob graduated from Kent State with a Bachelor of Business Administration degree in 1990, and then embarked upon a plying career that would take him around the world. He was a member of the Asian Tour from 1994 through 1998 and was a member of the South American Tour in 1998 as well. He also earned membership on the Nike Tour (now the Web.com Tour) for the 1996 and 2000 seasons. During his career as a touring professional, Rob claimed the 1999 Ohio Open at Canton’s Tam O’Shanter Golf Course in record setting fashion, firing a stellar three round total of 19 under par 191.

2001 marked Rob’s transition to the club pro ranks when he accepted the position of Assistant Golf Professional at Lakewood Country Club, located in Westlake, Ohio. Following four seasons at Lakewood, Rob was named Head Professional at Elyria Country Club where he remained until 2009 when he accepted his current position as Pepper Pikes Head Professional. Rob’s playing career continued to flourish after his time as a touring pro came to an end. He is now three-time Ohio Open Champion, having taken the title again in 2001 and 2005, and he won an unprecedented five consecutive Northern Ohio PGA Section Championships from 2010 through 2014. Rob has also qualified to compete in three PGA Championships; in 2005 at the famed Baltusrol Golf Club, in 2010 at Whistling Straits, and once again in 2011 at Atlanta Athletic Club.