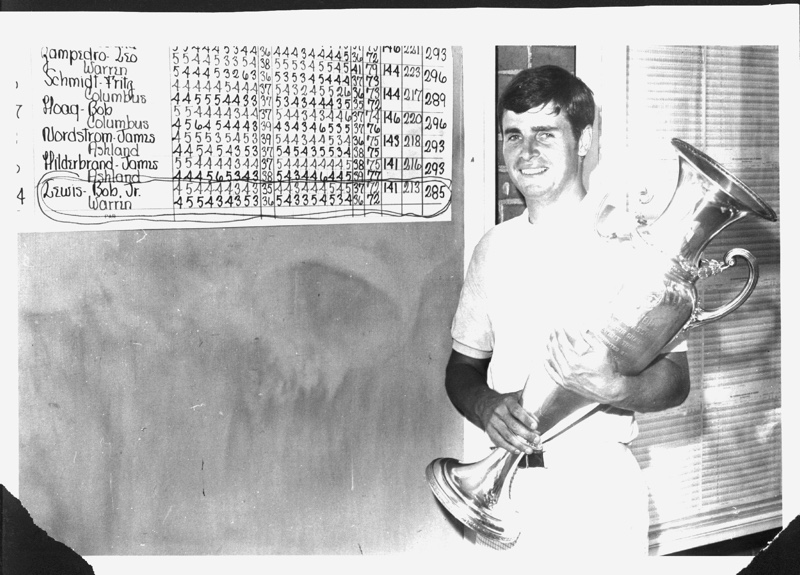 When a person’s life is full of so many accomplishments, is there really a way to select one as the most important?

In the case of Robert Lewis Jr.’s career, the achievements just keep on happening. If someone were to ask him what has been the best day of his life, he would probably say, “I haven’t had it yet.” Bob Lewis was born July 12, 1944, received a BA in economics from Rollins College in 1967 and a MBA in finance from the Crummer School of Finance in 1969, and is on the board of directors of various businesses, cultural and charity organizations.

Lewis was captain of the Rollins golf team 1966 – 1967, college all American, and in 1968 won the Ohio Amateur Championship. In 1969, Lewis won the Cleveland section of the PGA Match Play Championship, qualified in 1970 for the PGA Tour in Tucson Arizona, and in 1972 won the Bob Hope of Tomorrow Tournament in Pal Springs. In 1974 he left the tour to go into the family business, Welded Tubes, Inc., where he is now the president. After being reinstated as an amateur in 1978, he won the Ohio Open, thus being the first and last amateur to win it since Jack Nicklaus in 1956.

In 1980 Lewis was runner up in the US Amateur to Hal Sutton, medalist in the Mid Amateur in 1982 and 1984, and runner up in 1981 and 1984. He distinguished himself as low amateur and second low amateur twice in the seven years he played in the Masters. He qualified for three US Opens, won numerous regional amateur championships including the Crump Cup at Pine Valley, where he held the course record of 64. Lewis was elected into the Rollins College Sports Hall of Fame in 1986. In 1985 he started the Trumbul CC High School Invitational and in 1988 was made an honorary member of Trumbul.

With such an illustrious and ever expanding list of accomplishments, it is easy to understand why the best day of his life may still be in the future.