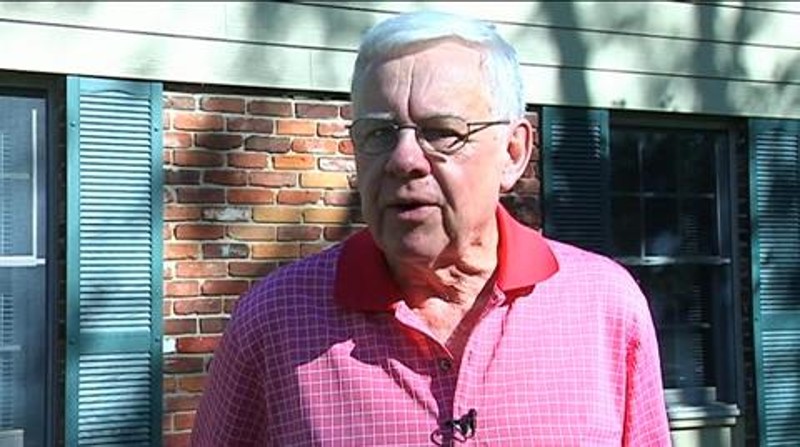 In 1956, Bucky Albers was a 17-year-old journalism student at the University of Dayton when he was hired by the Dayton Daily News. After brief stints wit newspapers in Sidney and Fairborn, he joined the Dayton Journal Herald staff in 1962, where he remained until it merged with the Dayton Daily News in 1982.

Albers has covered a wide variety of sports during his tenure with the Dayton papers. He was assigned to the Cleveland Browns in the 1960’s covering the team in the Jim Brown era. He traveled with the Cincinnati Reds from 1968 through 1974, and covered the Ohio State football and basketball teams.

In 1977 he took over the Cincinnati Bengals beat, and covered the NFL franchise for 11 seasons, the highlight of which was a trip to Super Bowl XVI in Pontiac, Michigan, in 1982. In 1987, he took over the reporting for the University of Dayton football and basketball teams.

For the last 25 years, Albers has spent his summers covering golf. He was a regular at the Masters, US Open and the PGA Championships for much of that time. He also covered the Ohio-Kings Island Open the LPGA Championship and the Kroger Senior Classic during their many years in Cincinnati. He has seen all ut two of the 26 Memorial Tournaments in Dublin and has directed coverage of the annual LPGA and Nike/Buy.Com events in Dayton.

He is proudest of his work covering amateur golf in and around the Dayton area and making certain that local events and achievements find their proper place on the sports pages. In the summer he writes a column dedicated to local golf every Sunday. Fifteen years ago he introduced the Daily News’ annual directory of local golf courses, complete with descriptions, fees and directions.