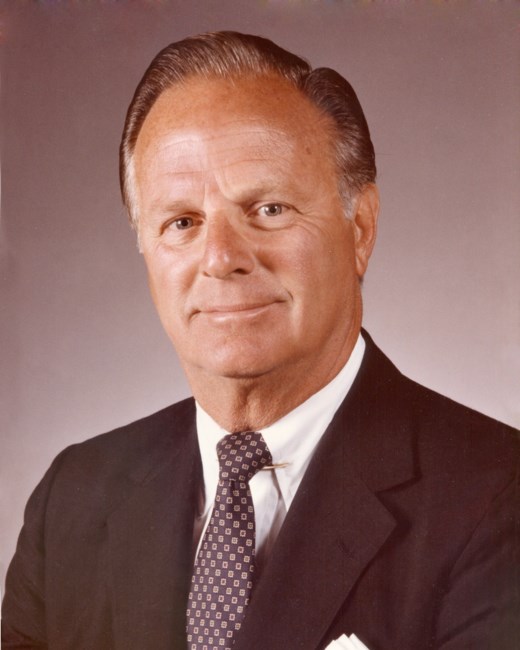 E. Mandell “DEL” deWindt of Lyndhurst, Ohio, is chairman of the PGA Tour Tournament Policy Board, a 10-member body that appoints Commissioner Deane Beaman as the chief executive and administrative officer of the PGA Tour.

The retired Chairman of the Board and chief Executive Officer of the Eaton Corporation has applied his business acumen and vast experience to the efficient operation of the important policy board. He retired after 45 years with Eaton, where he was at the helm longer then any chairman in the company's history.

DeWindt ranks as one of the nation's top industrialists. He is director in five major corporations. He serves on the boards of a number of national and local health, educational and human relations organizations.

Del has received many awards for his professional and community achievements, including six honorary degrees. In 1986 he received the highest honor presented by the United Way of America.

Del was the club Champion at Kirtland Country Club and at the Pepper Pike Club. Fortune Magazine some years ago named Del and Howard Clark, Chairman of American Express, as the two top corporate golfers. He played to a two handicap.

Recently, Golf Digest listed Del as No. 17 on its top 35 Most Powerful People in golf. He is a member of numerous golf clubs, including Augusta, Cypress Point, Seminole and the Royal& Ancient.