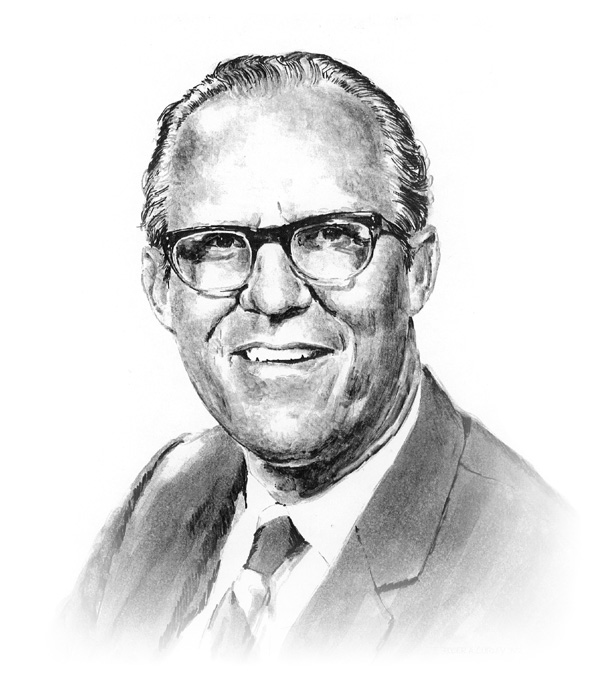 Earl L. Hamilton, President of the Ohio Golf Association for 35 years, is a Columbus native who was born February 22, 1921. He graduated from Bexley High School in 1938 and went to Greenbrier Military School for post-graduate work. Earl graduated from Colgate University in 1943 and the Ohio State University Law School in 1948. He was a member of the law firm Hamilton, Kramer, Myers and Cheek.

Hamilton has been prominent in golf-related activities for most of his adult life. He was president of the Columbus District Golf Association in 1959 and served on the CDGA Board of Governors for more than 35 years.

Hamilton was a vice chairman of the 1964 PGA Championship. Later he became General Chairman of the Children’s Hospital/Dispatch Charities Pro Am for eight years and helped raise more than $10,000,000 for the charities. The Pro Am was the forerunner of the current Memorial Tournament at Muirfield Village.

“Bones” biggest personal undertaking was his enthusiastic leadership in the Evans Caddy Scholarship program. He is a former member of the Board of Trustees of the Western Golf Association and was a National Trustee of the Evans Scholars foundation, which has chapter houses in Ohio at Ohio State and Miami University.