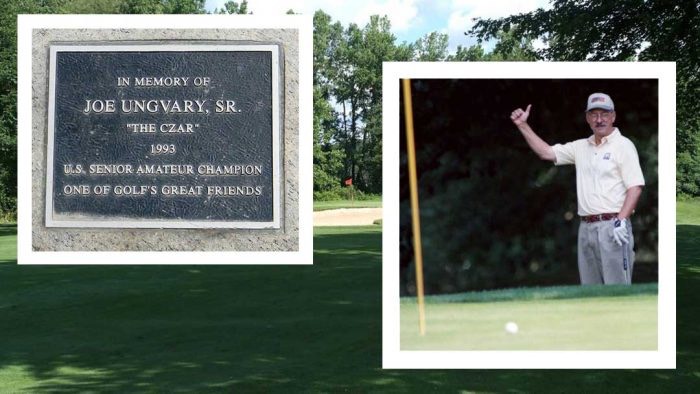 Joe began his golfing career at Bowling Green University, even though he went there on a basketball scholarship. He graduated with a degree in Physical Education and entered into the teaching profession. He was head basketball coach at Johns Adams High School and then assistant coach at Akron University.

Joe had an illustrious golf career with numerous accomplishments. Of all his victories his winning the 1993 USGA Senior Open could be his crowning achievement. He also played in the USGA Senior Open in 1994 and 1995. He qualified many times for the USGA Amateur and in 1994 was its oldest participant. He also qualified for numerous Mid AM and Public Links Championships.

He was part of the first group inducted into the Northern Ohio Golf Hall of Fame in 2003.

After retiring, Joe spent time managing the Pine Valley Sports driving range where he enjoyed working with the kids and sharing his insights into golf and life.