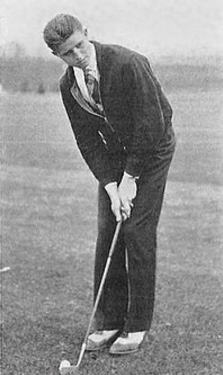 John’s history of tournament golf is long and littered with titles.

In 1932 John was second low amateur to Johnny Goodman in the U.S. Open Championship.

His golf talents extended far beyond his playing ability. He served on the United States Golf Association’s Executive committee from 1952 thru 1958. He was a member of the nominating committee 1959, the museum committee 1958 thru 1984 and co-chairman of the U.S. Women’s Amateur Championship in 1977.

If serving with the U.S.G.A. wasn’t enough, John served as rules committee and tee/pin placement committee from 1948 thru 1984 at The Masters Tournament.