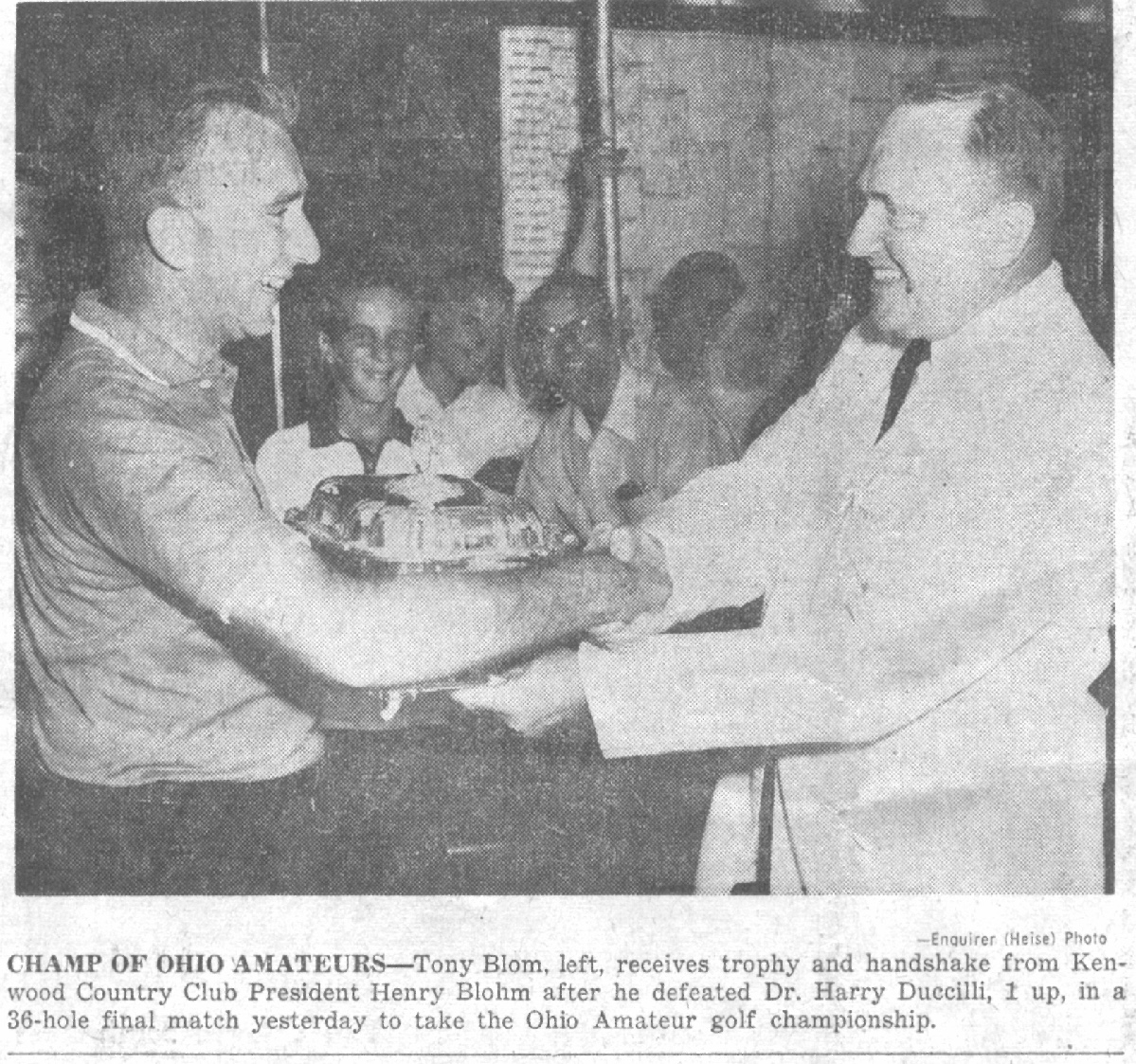 He won the Ohio State Amateur in 1959 and 1962, and duplicated that feat, twice winning the Ohio Senior Championship.

As a senior golfer, he won many Tri State and Greater Cincinnati championships.

He was twice medalist in the local USGA open qualifier and has qualified nine times for the USGA Amateur.

He has played in exhibitions with Bing Crosby, Arnold Palmer and Jack Nicklaus.