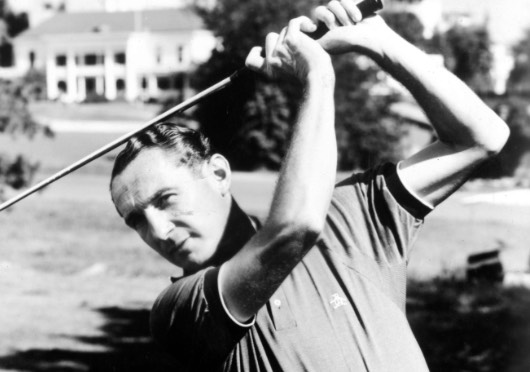 Dow Finsterwald has had a varied and productive golfing career since his birth in Athens, Ohio in 1929.

Perhaps the crowning jewel among his eleven PGA tour events was his victory in the 1958 PGA Championship at Lianerch Country Club. In 1957 he won the Varden Trophy and was chosen Player of the Year in 1958.

Dow was a director of golf at the Broadmoor Golf Club at Colorado Springs, Colorado from 1963 to 1993.

He graduated from Ohio University in 1952, joined the Air Force, and was honorably discharged in 1954 as a First Lieutenant. He is married to Linda and has four children.