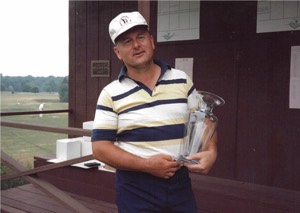 Glenn was born in 1939 in Sydney, Ohio and received an academic scholarship to Bowling Green State University in 1961 where he played golf under Forrest Creason.

He has taught mathematics at the high school level and has a master’s degree from The Ohio State University in 1966.

Over the years he has been recognized as the number one golfer in the Cleveland area and winner of the Northern Ohio Match Play many times. He has won the Ohio Public Golfers Championship four times and runner-up numerous others.

He has been a volunteer instructor for the Fellowship of Christian Athletes at golf camps in Ohio, Indiana and Wisconsin. He has also served on the board of directors of the Ohio Public Links Association for years.