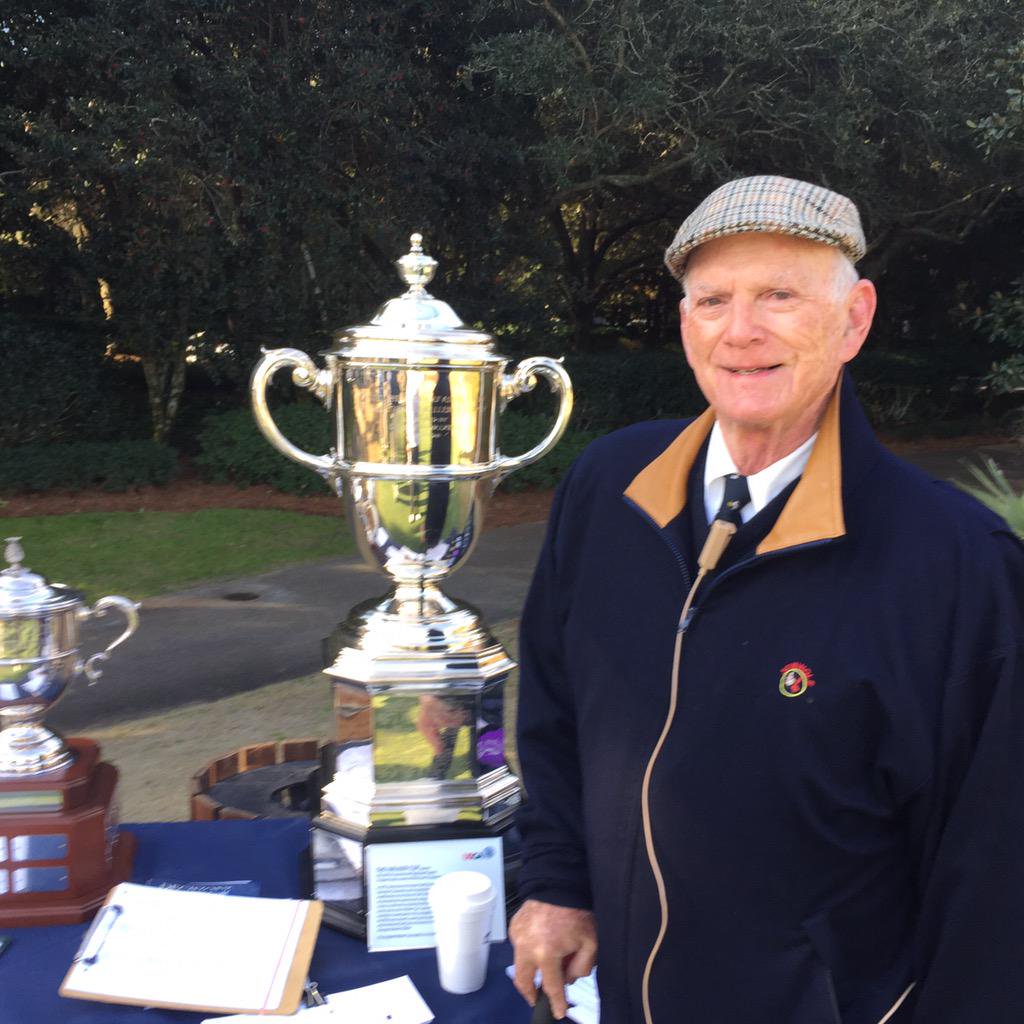 Jim Stahl was introduced to the game of golf at a young age when he began caddying for his father. He teed it up himself when he was 11, and after a few years of practice he made a deal with his father. If he was able to break 80 by the end of the summer of 1953, his father would but him his own set of clubs. Jim finally reached his goal on Labor Day weekend and was rewarded with a set of Walter Hagen woods and irons. It was just the first of his many significant accomplishments in the game.

Jim would soon finish second in the Greater Cincinnati Juniors, and he won the Cincinnati and Ohio Jaycee Juniors. As a senior at St. Xavier High School, Jim led the Bombers to the state championship, coming from behind to defeat a young Jack Nicklaus and his Upper Arlington Golden Bears. Jim qualified for the 1956 U.S. Junior Amateur and hoped a golf scholarship to Notre Dame would provide the foundation upon which he could build a professional career. Sadly, after Jim had earned three varsity letters playing college golf and was approaching graduation in 1961, his father passed away at just 52 years old. As the oldest of seven children, Jim shelved his golf career so he could return home to help his mother care for his siblings. He began working at a bank and gave his mother his paycheck each month in exchange for an allowance. He did this until 1965 when Jim married his wife, Patricia, and they started a family of their own. Golf remained on the back burner for many years as Jim developed his small business, CBT Company (Cincinnati Belting & Transmission) into a thriving enterprise. As he grew up and prospered, he began to make his way back into the world of competitive golf.

Jim received his competitive mulligan in 1981 in the form of the inaugural USGA Mid-Amateur Championship. He suddenly had the opportunity to compete with his peers at a high level for the first time since college, and he parlayed this second chance into a very distinguished amateur playing record. Jim has appeared in more than 30 major amateur championships over the years, including four U>S> Amateurs, eight U.S. Mid-Am’s, eight U.S. Senior Amateurs, twelve British Amateurs, and seven British Senior Amateurs. He also has had the honor of competing in three U.S. Senior Opens and seven British Senior Opens. Jim’s crowning achievement as a competitor came in 1995 when he won the 41st U.S. Senior Amateur at famed Prairie Dunes Country Club in Hutchinson, Kansas. In addition to claiming this highly notable title on the national stage, Golf Digest also ranked Jim as the number one senior amateur player in the world in both 1995 and 1996.

Perhaps Jim’s greatest legacy in the game is the instrumental role he played in the creation of the Jones Cup Invitational in 2001 at Ocean Forest Golf Club in Sea Island, Georgia. Since its inception, the Jones Cup has grown into one of the most prominent amateur tournaments in the world. The annual 54 hole individual medal play event brings together Walker Cup hopefuls from the U.S. and GB&I, as well as highly ranked juniors, mid-ams, and seniors. Jim also has given back to the game he loves by serving as a member of the USGA’s Mid-Amateur Championship committee for thirty years and a ten year board member of the Greater Cincinnati Golf Association. He has previously been inducted into the Greater Cincinnati and Hamilton County Hall of Fame. In 20111, the USGA honored Jim by presenting him with the Ike Grainger Award for twenty-five years of dedicated service.