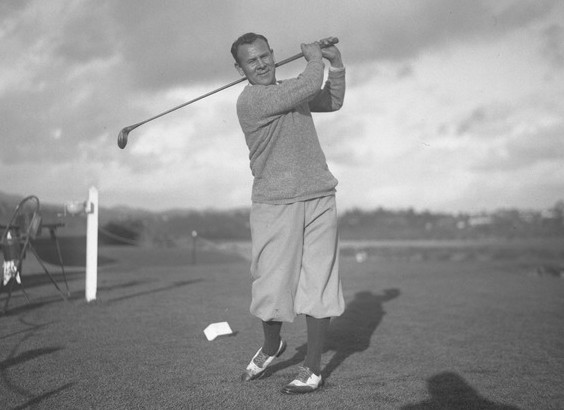 Al Espinosa was born on March 24, 1891, in Monterey, California and would go on to become a great champion in the early years of American professional golf. Mr. Espinosa was of Mexican American descent and served as a Corporal in the U.S. Army during the First World War prior to turning professional in 1921. He won nine times on the PGA Tour in the 1920’s and 1930’s and also claimed ten other professional victories during his outstanding competitive career. Among those titles were the 1930 Houston Open, the 1934 Miami International Four Ball (with partner Denny Shute), and four consecutive Mexican Opens (1944-1947). Mr. Espinosa lost to Leo Diegel in the final match of the 1928 PGA Championship and also finished second in the 1929 U.S. Open, falling to the legendary Bobby Jones in a 36 hole playoff at storied Winged Foot Golf Club. He competed in four Masters tournaments finishing tied for seventh in the inaugural event, and also had the honor of representing the United Sates on three Ryder Cup teams (1927, 1929 and 1931). Al was not the only accomplished player in the family, as his older brother Abe was also a winner on the tour.

Mr. Espinosa left his mark on golf in Ohio by serving as the Head Professional at Akron’s Portage Country Club from 1931 through 1944. During his tenure at Portage he won the Ohio Open three times (1932, 1933, and 1936). He was inducted into the Summit County Sports Hall of Fame in 1957. Al passed away at the age of sixty-five in 1957 in San Francisco.