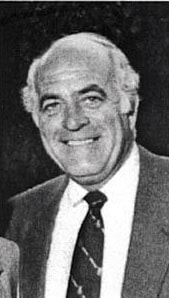 Don’s golf career spans seven decades and his accomplishments range from winning his first junior tournament at the age of sixteen to playing in the Masters as a leading amateur in 1954.

Don started his golf career by playing and caddying at the Alliance Country Club, and his expertise qualified him to play twice in the National Caddy tournament in Columbus.

He was on the Varsity golf squad four years at Alliance and was inducted into their Hall of Fame in 2002.

Don attended Purdue University on a four-year golf scholarship. He was NCAA medalist in 1953 when he broke Arnold Palmer’s record by one shot in Houston. He also beat Arnold in the semi-final round of the USGA championship in 1953. While at Purdue he was a member of Phi Gamma Delta Fraternity and the Iron Key Society. He served in the US Marine Corps where he won numerous tournaments.

Don qualified for the US Amateur ten time and once for the US Open. He played in many Ohio State Amateurs where he tied for first place in both medal and match play.

He has been club champion at Columbus Brookside ten times and three times at Scioto. At last count, he has had seven holes in one. In 1987, the prestigious Society of Seniors inducted Don into membership as a reward for being one of the top amateurs in the country.

In Don’s pre-senior days, he had numerous victories in the Columbus District Golf Association and followed those up with two District Senior Championships in 1994 and 1997. He won Scioto’s senior championship in 1994.

In addition to all of his golf accomplishments, Don has found time to put much personal effort back into golf. He was twice the co-chairman of the Children’s Hospital Pro-Am. He was greens chairman at Scioto for twenty years and served on many committees with Scioto, the CDGA, and the Ohio Golf Association.