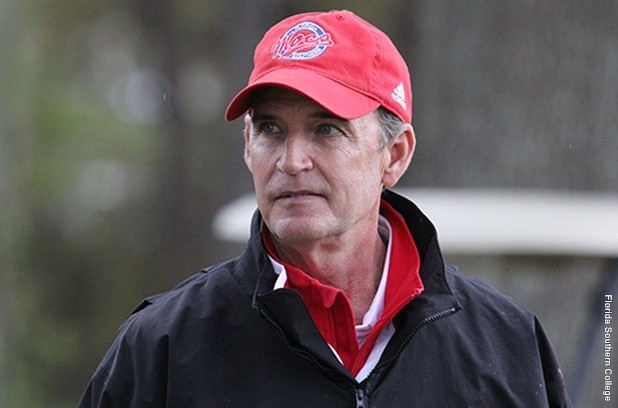 A native of Delaware, Ohio, and Doug Gordin has completed 37 seasons as a collegiate golf coach. He has followed in the footsteps of his father, Dr. Richard Gordin, who was the longtime men’s golf coach at Ohio Wesleyan University and is also a member of the Ohio Golf Hall of Fame. Prior to embarking upon his own storied coaching career, Doug played for his father as an undergraduate at Ohio Wesleyan, serving as captain his senior season when the Battlin’ Bishops finished sixth at the NCAA tournament.

Doug graduated from OWU in 1978 with a bachelor’s degree in health and physical education, then joined the coaching staff at the University of Alabama, where he earned his master’s degree. After serving two years as assistant coach and assistant pro for the Crimson Tide and spent one season as the head coach at Campbell University. He then moved on to Georgia Southern College in Statesboro, Georgia, where he remained as the head coach for 13 years. While at Georgia Southern, he coached two future PGA Tour players (Jody Mudd and Gene Sauers), led the Eagles to four conference Championships and six runner-up titles, coached five GCAA All-Americans, and was named the NCAA South District coach of the year and conference coach of the year and unprecedented four times.

Following his tenure at Georgia Southern, Doug was named head golf coach at Florida Southern College in 1995. He has lead the Moccasins to five NCAA Division II national championships (1996, 1998, 1999, 2000, and 2010) and has coached five individual Division II National Champions. Under Doug’s guidance, FSC has claimed seven Sunshine State Conference Championships and qualified for the NCAA Golf Tournament a total of 19 times. After his first season at FSC, Doug was named South Region Coach of Year, as well as National Coach of the Year in 1998, 1999, and 2000, and in 2001, he joined his father as an inductee into the GCAA Hall of Fame. Ohio Wesleyan honored Doug in 2002 with the Robert Strimer Award, for unusually significant contributions to intercollegiate athletics, and he is also a member of the FSC Athletics Hall of Fame (2007), the Delaware Hayes High School Hall of Honor (2010) and the Polk County Sports Hall of Fame.

Upon learning of his election, Doug stated “It is a great honor to be inducted into the Ohio Golf Hall of Fame. As a young boy growing up in Ohio and watching all the golfers who were from Ohio, I never dreamed I would be in the Ohio Golf Hall of Fame with them. It is also a great privilege to be the only father-son duo in this hall of fame. I’ve been fortunate to be selected to quite a few halls of fame, but I would say this is my greatest honor.”