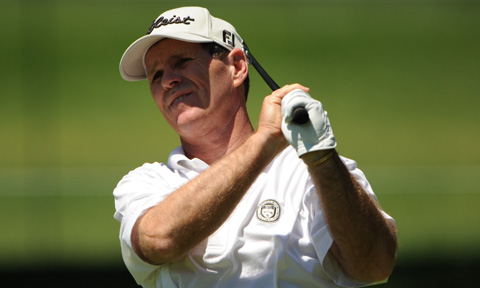 Gary Lynn Robison was born on March 27, 1954, in Fort Eustis, Virginia. His introduction to the golf business came at Forest Park Golf Course in Noblesville, Indiana, where he started working as a range/golf shop assistant in 1966. By the time Gary graduated from Noblesville High School in 1972, he was an accomplished all-around athlete. While at Noblesville, he played basketball and tennis and was the golf team captain, MVP, and an all-conference selection as a senior. He continued his competitive golf career as a member of the Southeastern Louisiana University golf team before transferring to Purdue in 1973. That same year, Gary accepted his first Assistant Professional position at Hillcrest Country Club in Indianapolis. Two other assistant jobs in the Indianapolis area (Fox Prairie Golf Course and Woodland Country Club) followed as he worked toward his Class A PGA membership, which he earned in 1978.

Gary arrived at storied Firestone Country Club as a Teaching Professional in 1980. He quickly ascended to the Head Professional position, which he held from 1981 through 1994. He was named Firestone’s Director of Golf in 1995 and remained there through 2006. During his tenure at Firestone, Gary also served as the University of Akron Golf Coach from 1986 through 1990. In 1991 and 1992 he spent time in California as an instructor at the PGA of America’s Teaching and Playing Schools. Since 2007, he has served as Director of Golf at another classic Ohio course; the very highly regarded Donald Ross gem, Brookside Country Club in Canton.

In addition to his extensive and varied management, operational, and teaching duties, Gary has managed to compile a very impressive competitive resume over the years. He is the 1986 Ohio Open champion, has won the Northern Ohio PGA (NOPGA) Match Play Championship three times (1989,1995, and 1999), and is a four time winner of the NOPGA Section Championship (1995, 2003, 2004, 2008). Perhaps the greatest testament to his competitive longevity is the fact that Gary has qualified for the PGA National Club Professional Championship an astounding twenty-eight times! In three of those years he placed high enough to earn a spot in the PGA Championship field. Those championships include 1989 at Chicago’s Kemper Lake Golf Club, 1992 at Bellerive Country Club in St. Louis, and 1993 at Toledo’s Inverness Club. He also made another appearance in a major when he qualified for the 1997 U.S. Open at Congressional Country Club in Bethesda, Maryland.

Gary’s success on the golf course continued unabated when he joined the senior ranks in 2004. He wasted no time in winning the 2004 Ohio Senior Open Championship, a tournament he has since won in both 2010 and 2015. He has claimed the NOPGA Section Senior Championship four times (2005, 2012, 2013, 2016), and qualified to play in seven Senior PGA Championships (2005-2009, 2013, 2014). Gary earned conditional status on the Champions Tour by finishing eleventh in the 2005 qualifying school, then went on to finish thirteenth in the 2006 Puerto Vallarta Blue Agave Golf Classic. He has also qualified to compete in three United States Senior Open Championships (2006, 2007, 2008).

The course records at three Ohio Clubs and one in Florida belong to Gary, including a phenomenal 61 he carded on Firestone’s daunting South Course in 1982. He has also received numerous accolades and awards over the course of his exemplary career. Among them, the 1986 S.M.A.C.O Golf Professional of the Year, the 1987 Dapper Dan Award, and the 1997 NOPGA Merchandiser of the Year. He is a four-time Club Corporation of America Golf Professional of the Year, and his eight NOPGA Player of the Year awards are perfectly balanced by another eight NOPGA Senior Player of the Year titles. He has previously been inducted into the Summitt County Hall of Fame and the NOPGA Hall of Fame, both in 2009. Gary and his wife, Ruth, have been married since 1980 and currently reside in Canton. They have a daughter Kristen, a son, Steven, and their first grandchild, Reagan, is the most recent addition to the family. When he manages to get away from the golf course you may find him in attendance at St. Jacob Lutheran Church in Massillon, Ohio. He enjoys sports of all kinds, is an automotive enthusiast, and he’s also a pilot! Gary has been soaring sky-high in the golf world for well over forty years now, and his place among the Ohio Golf Hall of Fame’s 2017 class of inductees has been very well-earned to say the least.