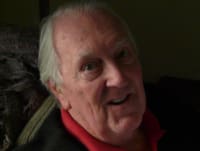 Howard Po Peterson made his first mark in the world of golf as a four year letter winner at Steubenville High School, where he won the high school golf championship in 1955. Po went on to attend The Ohio State University on a combined golf and basketball scholarship. Po played two years under the legendary coach Bob Kepler and also worked for Jack Grout at Scioto Country Club.

When pre-dentistry didn’t work out, Po left school in his sophomore year and ventured to California to try the golf business. After working at Candlewood Country Club, he realized that the life as a golf professional was not working out. He returned to Ohio and enrolled at Muskingum University where he also resumed his golf career. Po transferred back to Ohio State in 1969 to enter dental school.