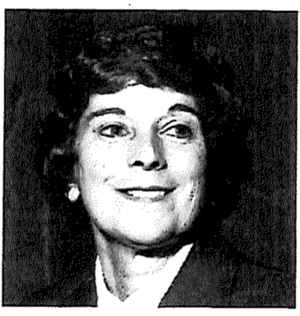 Jan Taylor has given many years to game of golf. She was the Executive Director of the Toledo Golf Association from 1976 to 1986. During this time she became President of the International Association of Golf Administrators (1985 – 1986). Jan served on the USGA Women’s Handicap Procedure Committee from 1979 to 1987. She was also selected by the USGA to be a member of the committee to rewrite the USGA Course-Rating Manual (1985 – 1986).

Jan was also the Executive Director of the Women’s Ohio State Golf Association from 1988 to 1993 and ran the Ohio Women’s State Amateur Championship during these years. She is currently President of the Ohio Senior Women’s Golf Association and has served in this capacity since 1987. She is responsible for running the state Senior Championship each year. One of the highest golf honors Jan has received is the Burt Silverman Award in 1988. This is given to an individual who has strongly contributed to the game of golf in the Toledo area.

She has a very strong Rules of Golf background. She has served on several panels for a number of rules seminars. She has also served as a rules official for the Women’s NCAA Championship held at the Scarlet Golf Course in Columbus in 1991 and the SUGA Mid-Amateur Championship held in Detroit Golf Club in 1992.

Jan is presently a member with her husband, Jim, at Highland Meadows Golf Club in Sylvania, Ohio. They recently purchased a home in Florida and will divide their golfing time between the two states.