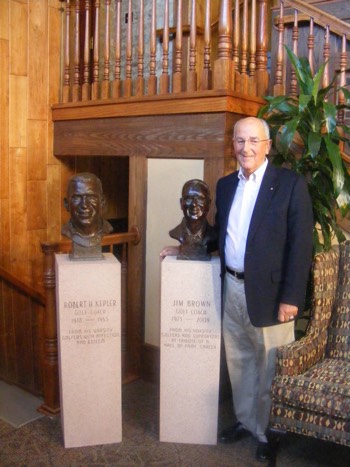 Jim Brown started his career at Ohio State playing in the number one spot for the Buckeyes in 1962 to 1965 and served as captain in 1965. Jim also lettered three years on the OSU basketball team. Prior to taking the head coaching job at Ohio State he was head coach at Rollins College and at Kent State University.

His coaching resume is impressive. His Buckeye teams qualified for the NCAA tournament thirty times, in the top ten eleven times and in 1979 won the National Championship which marked the first time in twenty years that a Northern school won that prestigious event.

Academia among his golfers has always been important to the coach. In fact, only three athletes who have exhausted their eligibility have not received degrees during his coaching career at Ohio State.