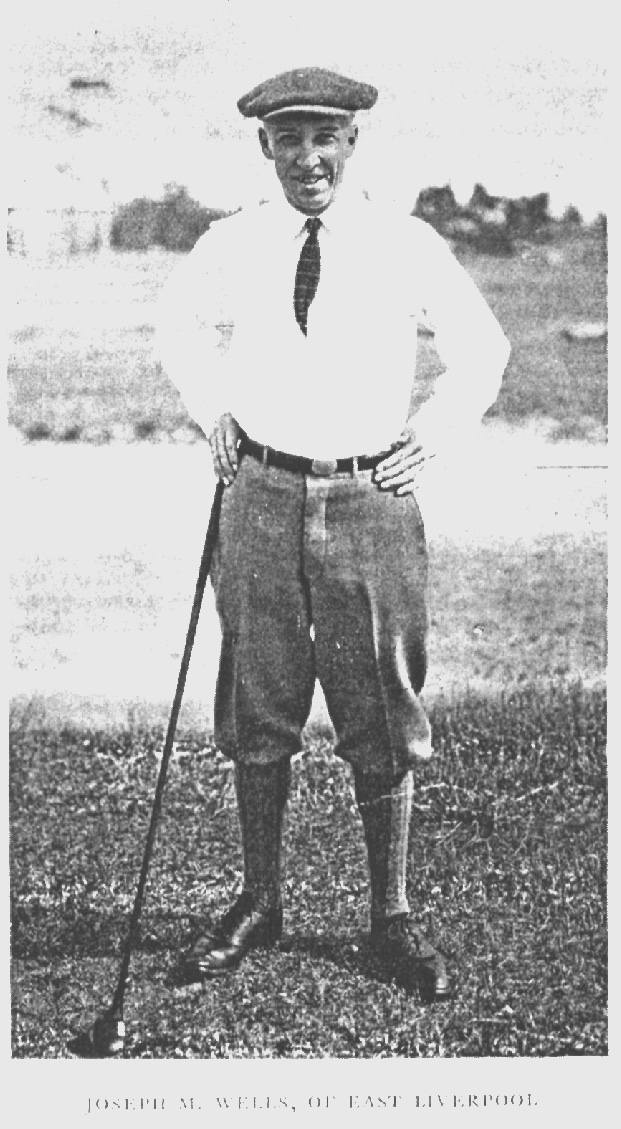 Joseph M. Wells’ accomplishments in golf have earned him accolades in Ohio, West Virginia and Pennsylvania.

He was a charter member of the Ohio Golf Association, was elected to the executive board in 1928, and was named a director of the OGA in 1931.

He was President of the US Seniors Association in 1956.

Joe was ranked among the top amateur golfers in the Country in 1924. From 1921 through 1955 he was the fifteen time club champion at East Liverpool.

In the 1920’s, Joe played in many exhibitions, teamed with other amateurs and outstanding pros. He was also captain of the Yale golf team while attending college there.

It is very evident that Joseph Wells put much back into the sport he loved.