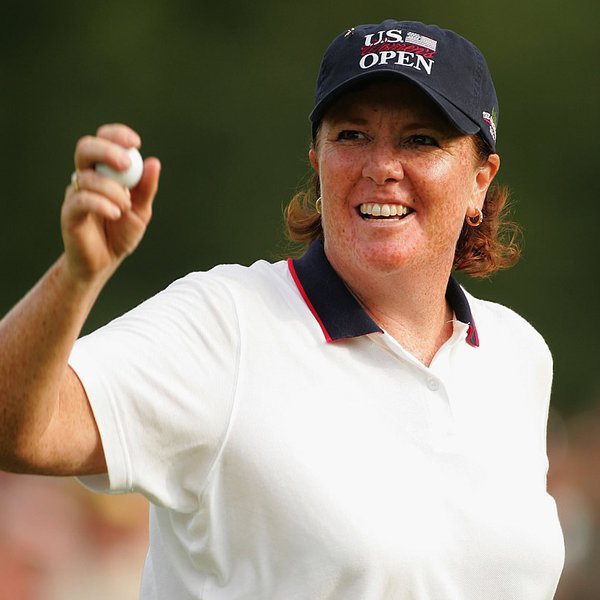 Meg Mallon an Ohio State golfer from 1982-1985 earning All-Conference honors in 1984 and 1985. Mallon was the runner-up at the 1985 Big Ten Championship. Mallon won the 1983 Michigan Women’s Amateur Championship.

Mallon joined the LPGA Tour in 1987 and had her breakthrough year in 1991, when she won four times. Two of her victories were majors. Mallon won the Mazda LPGA Championship and the USGA Women’s Open that year. Mallon was named Female Player of the Year by the Golf Writers Association of America and Most Improved Player by Golf Digest after the 1991 season.

MallonendedherLPGATourcareerwith18wins,including4majorsandcurrentlysits20th on the all-time money list with over 9 million in earnings.

Mallon represented Team USA in the Solheim Cup eight times, was the assistant captain in 2009 and captained the team in 2013.

Mallon retired from professional golf on July 7, 2010, shortly before the start of the 2010 US Women’s Open.