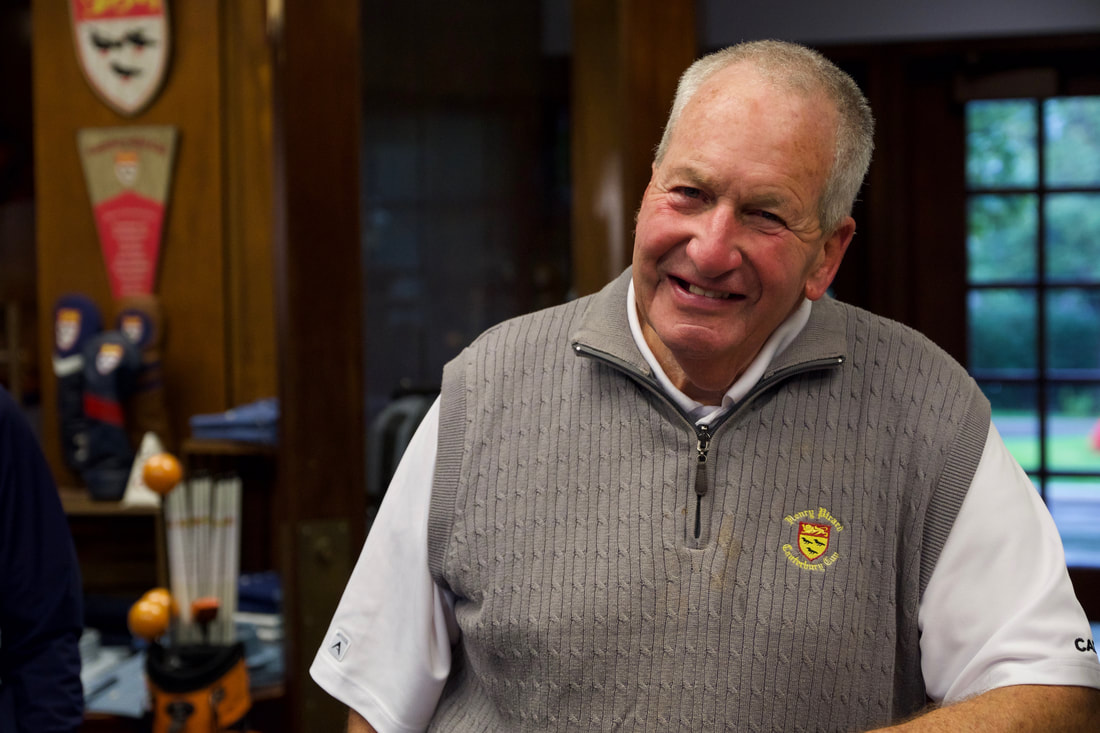 Mike Kiely is a humble man. In fact, according to his daughter, Colleen, if you ask him about his 60-plus year career in golf, he just shrugs it off and says, “I’m just a dressed up caddy.” However, Mike knows that being a good caddy is far more than just carrying bags; it is a way to learn about life and to work with others. As the longtime caddy master at the historic Canterbury Golf Club in Beachwood, Ohio, Mike has served as a mentor to literally thousands of caddies, helping to instill in them the values of discipline, responsibility, respect for the game and for others, sportsmanship, and personal integrity.

Mike’s father, Albert Kiely, grew up as a caddy, and he has passed on to his four sons the importance of hard work and his love for the game of golf. Mike’s own caddying career began when he was 10 years old at Lancaster Country Club in Lancaster, Pennsylvania. This early experience proved to be very influential and was perhaps the reason Mike chose to dedicate his professional life to golf and the art of caddying. After serving his country for two years in the Army, Mike came to the Cleveland area in 1966 and began his tenure at Canterbury. He has filled multiple rolls over the years as a golf services professional, with caddy master being the most recognized. His long run at the venerable club is indicative of his love for and loyalty to Canterbury, its members, and especially his caddies, both past and present, each of whom he considers family. For Mike, perhaps the biggest blessing from his time at the club has been having had the opportunity to work closely with many of his own family members. Two of his brothers and also two brothers-in-law worked with him for many years.

His three children, Mike, Chris, and Colleen, all grew up working alongside their father and learning the game from him as well. Two nieces and five nephews also caddied at Canterbury. One of his nephew, Tom Lamb has been a professional caddy for over 25 years, most recently caddying for Jay and Bill Haas on both the PGA and Champions Tours. Last but not least, Mike’s grandson Oliver ushered in the latest generation of Kiely caddies when he began roaming Canterbury’s fairways at the age of eight.

Mike has played an integral role in several major championships and other significant tournaments hosted by Canterbury over the years. These include the 1973 PGA Championship, which was Jack Nicklaus’ 14th major victory, the 1979 U.S. Amateur, four Senior T.P.C. tournaments, the 1989 Ameritech Senior Open, the 1996 U.S. Senior Open, and the 2009 Senior PGA Championship. A room at the Evans Scholarship House at The Ohio State University is named for Mike, and each year Canterbury hosts the Kiely Cup, one of Northern Ohio’s premier high school tournaments, in honor of Mike. Mike was inducted into the Northern Ohio Golf Association Hall of Fame in 2007, and has acknowledged by his peers in 2009 with his election to the Professional Caddies Association’s Caddie Hall of Fame. Mike Kiely is the embodiment of what a true “golf professional” should be, and is the Ohio Golf Hall of Fame welcomes this ‘dressed up caddy”!