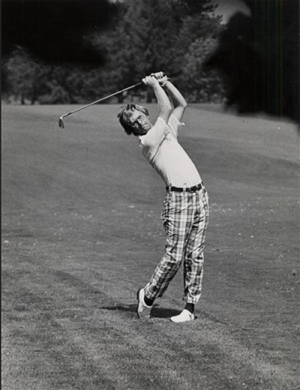 He was introduced to the game by his father, an orthodontist, and top amateur golfer. A 1970 graduate of Maumee Valley Country Day School, he went on to attend the University of South Florida in Tampa, graduating in 1975. In 1974 he made the 2nd team All American at South Florida and won the USF athlete of the year.

In 1975, Pat turned professional and won the Toledo Open Championship the same year. He was three times the Toledo PGA Chapter Champion.

Lindsey spent four-plus years on the mini tours and working as a club professional. He qualified for the PGA Tour in 1979 and competed through the 1987 season.

His career year in professional golf came in 1983 when he finished 67th on the money list with four top-ten finishes and a win at the B.C. Open by four strokes over Gil Morgan. His best finish in a majors was T-74 at the 1983 PGA Championship.

After turning fifty in 2002, Pat played in a very limited number of Champions Tour events.

After retiring as a touring professional in 1987, Lindsey had held various positions in sales and marketing with real estate developers in the Toledo area.