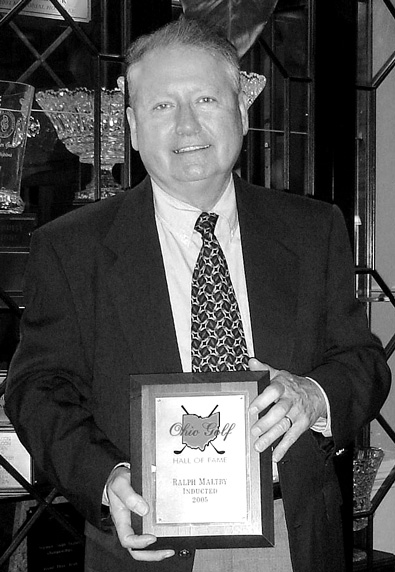 Ralph Maltby has influenced every aspect of modern clubmaking from golf club fitting to his many patented innovations in golf club design to his best selling reference books. Graduating from the University of South Florida with a marketing degree, he also studied engineering. He played golf prior to and during his college days. While attending the university he operated a club repair and custom golf shop.

Before joining Spalding as a Product Engineer in 1969, Ralph Maltby served as a wood head finishing consultant to several major golf club manufacturers. At Spalding he designed a number of new golf clubs and later became Product Manager for golf products.

In 1973 he joined Faultless Sports as Director of Marketing. There he developed and patented a number of highly innovative club designs and was promoted to Vice President of Operations with overall marketing and manufacturing responsibilities.

In 1976, Ralph founded The GolfWorks and has been manufacturing and distributing golf clubs, machines, gauges, tools, and supplies worldwide to golf club repair shops, golf professionals, manufacturers, custom clubmakers and do-it yourselfers. In 2006 Ralph sold The GolfWorks to Golf Galaxy.

He is still actively involved with golf equipment testing, further advancing golf club design technology and improving methods for fitting golf clubs to the individual. He spends most of his time in a state of the art golf club research and development studio doing this work and where he also produces educational videos on many golf club equipment related subjects.

Ralph has also made appearances on The Golf Channel discussing golf technical information. He is a member of the GolfWriters Association of America, The Golf Collectors Society and an honorary member of the Professional Clubmakers Society. In 1991 he was listed by Golf Digest magazine as one of the 36 most powerful men in golf. In 1996 Mr.Maltby was inducted into the “Professional Clubmakers Society” Hall of Fame. Mr.Maltby was distinguished by being appointed an honorary member of the New Zealand Professional Golfers Association in 1980.

Ralph Maltby was inducted into the Ohio Golf Hall of Fame in 2005. He joined other notables such as Jack Nicklaus, Arnold Palmer, Byron Nelson and Tom Weiskopf. The Ohio Golf Hall of Fame honors men and women who have made a substantial impact on golf as players, architects, tournament directors, administrators and club professionals and who have contributing in making Ohio a leader in the game.