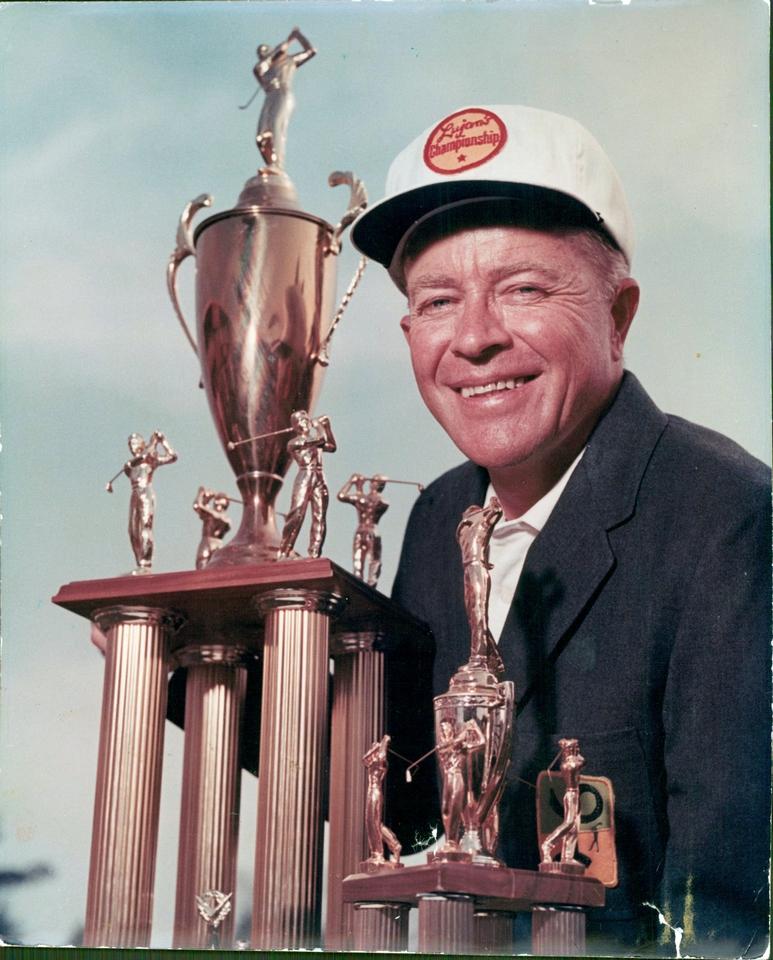 Born December 15, 1923, Roger McManus grew up in Greensboro, North Carolina. Roger went on to win many amateur events in that area before moving to Cincinnati, where he played out of Kenwood Country Club, winning the club championship five times, and also set the course record in 1962 with a score of 63.

The McManus family moved to Hartville, Ohio in the 1960’s and Roger became a member of Congress Lake Club winning a total of nine club championships, where the library is named in his honor recognizing his outstanding amateur career and overall dedication to the game.

Roger qualified seventeen times for the United States Amateur Championship, advancing as far as the quarter finals, and was also a two-time U.S. Open qualifier. He qualified for both the U.S. Senior amateur and the Ohio Senior Open three times. He also competed in the British Amateur Championship, played three times in the British Senior Amateur, and twice in the British Senior Open. Roger was invited to compete in the Masters as an amateur twice in the 1950’s. In fact, in an April, 2012 Golf Digest article, Jack Nicklaus recalled being paired with Roger the first time he faced the infamous swirling winds at Augusta National’s 12th hole in 1959.

The Western Amateur, North-South Amateur, Eastern Amateur, Porter Cup, Ohio Senior Amateur, and Ohio Senior Open are all among the prestigious events which Roger competed in over the years. He played in the Sunnehanna Amateur Invitational twenty-nine times, including a victory in 1963. Another very impressive win came at famed Congressional Country Club in the 1970 Middle Atlantic Amateur Championship. Roger also recorded three victories in the Great Lakes Seniors. His final title came at the 1988 Southern Seniors.

Roger passed in 1992 following a long battle with ALS. Friends recall Roger as a true gentlemen who always made the time to share his talents and love of golf with others as they strived to improve their own games.