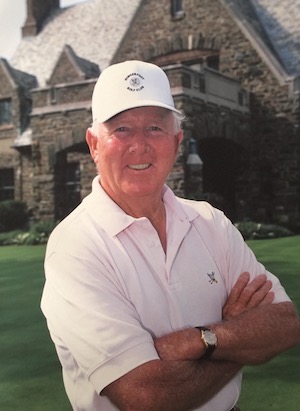 He attended Ohio State University for three years where he continued his championship way. Having already won the Cincinnati Junior and Men’s Amateur Championship, he won the 1951 Intercollegiate on the OSU Scarlet Course. His lowest round was a 61 on the par 70 Grey Course at OSU.

He has seven holes in one.

Tom has played in thirteen US Opens, fourteen PGA Championships and on Masters. He is the co-founder of the National Senior-Junior Team Championship.

Tom has already been inducted in the Halls of Fame at Ohio State, the Metropolitan PGA in New York, and North College Hill High School in Cincinnati.